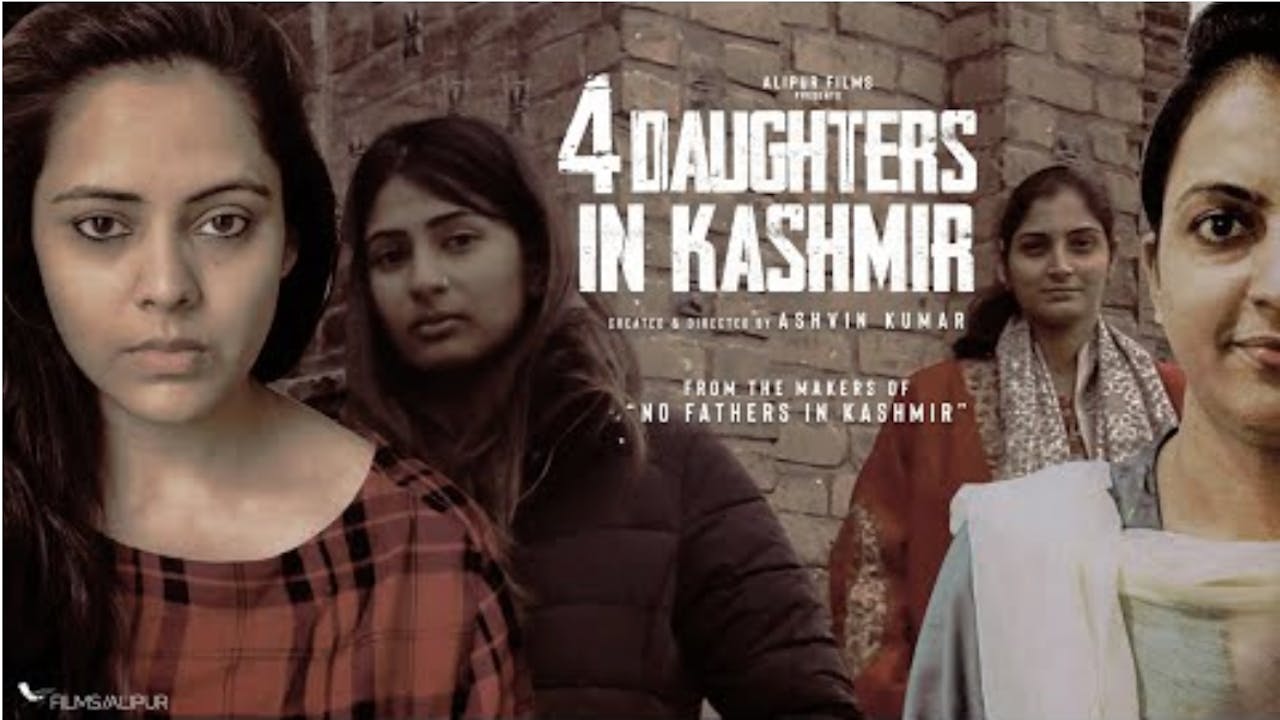 This is the first time anything like this has been attempted.

Gurmeher Kaur, Samreen Mushtaq, Neha Diwedi and Bilkees Manjoor are four remarkably courageous women who have agreed to meet each other in Srinagar to discuss memory, loss, war and compassion. In doing so, they leave us iwth an intimate, heart-wrenching and ultimately humane gaze into the souls of ‘the leftovers of war’.

A companion film to Kumar’s film ‘No Fathers in Kashmir’ (in cinemas since Jan 24 2020) which had audiences in tears across the nation, became a critics faviourate, one of the highest rated films of 2019 in India despite its truncated run, and hailed as an honest, moving and important films recent times.

If this documentary resonates with you as a citizen of the world's largest democracy, 'No Fathers in Kashmir' is a MUST WATCH and it is available on this website www.alipur.com

If we are to be compassionate we have to start telling the truth. Engaging with the emotions of people, over a cup of tea or a meal, is possibly the most meaningful, courageous and political act. It is something every citizen of India can do. This film is a live demonstration of Ashvin’s contention that the Kashmir conflict is a crisis of compassion robbed of nuance and understanding; and it is the new generation of millennials who are likely to become the authors of that change. The film predates the protest over CAA and NRC by over a year.